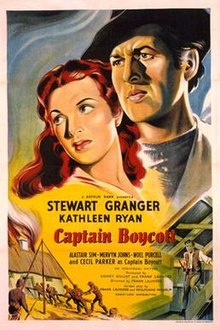 I simply can’t understand a man like that. In 1880s Ireland Charles Stewart Parnell (Robert Donat) makes a rousing speech against the villainous property thefts by the British in Ireland but urges passive resistance, shunning rather than killing landlords. In a Mayo village, British landowner Captain Charles Boycott (Cecil Parker) dispossesses the townspeople who are […]