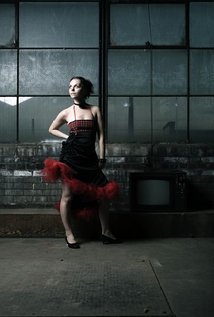 Matthew Toffolo: You have worked on over 60 films as a Costume Designer, plus over 24 films as a Makeup Artist in just the last 9 years! You’ve been busy. Is there a film or two that stand out for you that you’re most proud of?

Ginger Martini: I’m proud of the majority of them. I’ve been quite lucky, every script that has come my way, I’ve quite enjoyed working on. I’d say Fall, Portrait of a Serial Monogamist, At Home by Myself… with You, BackCountry and Air Balloon Circus are some of the most visually exciting projects. I love working on the CityLife projects as well, with the Remix project, those…